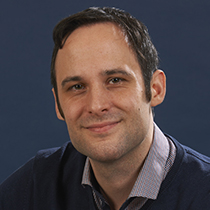 The second set of digital trends to monitor in 2019 and the follow up to part one released last week is here. It’s a varied mix and is likely to keep communications teams on their feet in what promises to be a challenging year ahead.

The often-quoted Mark Twain once declared “prophecy is a good line of business, but it is full of risks” and regarding digital trends it’s particularly fitting.

Virtual Reality was poised to leap off in the 90s but has remained mainly within the realms of gaming.

And the recent introduction of an Augmented Reality feature for Google Maps, bodes well for the technology.

Whether they move into mainstream use across industries or not, Virtual and Augmented Reality are extremely useful for specialised applications, and markedly for education.

The steeluniversity team – our learning and training programme – already has a 3D SteelSafety training game but the team is working away in partnership with the industry to create innovative new training tools like Extended Reality games.

“steeluniversity has been offering training with serious games for the past 17 years. We’ve seen a very positive impact on training, and 3 years ago we embarked on Extended Reality  — Jorge Muract, Manager, steeluniversity

steeluniversity has been developing hazard identification games for VR in association with companies taking a modern approach to educating employees about our safety processes and procedures. The game is available in Desktop and Tablets as well.

7. Search engines and their assistants

Making sure your sites appear near or on top of relevant online searches is now longstanding best practice and it’s no surprise with Google alone seeing 1.2 trillion searches per year worldwide!

It turns out you could write a whole series of blogs (indeed entire books) on the ‘fake news’ phenomenon and its plethora of content types – fabricated, manipulated, imposter and more.

But perhaps one standout feature to keep an eye on will be the growth of ‘Deepfakes‘, e.g. false videos about your company which may look and sound real but are altered or even generated entirely from scratch.

Fake news is pernicious, particularly in the increasingly polarised world of social media. A plausible piece of content, no matter the truth, can do a lot of damage in a short space of time. Silence is no longer an option. Tell your story before someone tells it for you.  — Peter Wilson, Director Editorial, FleishmanHillard, Bristol office

This is another reason to make sure you’re on top of that online search result so that you can make sure your accurate and truthful information is visible.

With decisionmakers using Google as a last-minute source of information, there are also implications for policymaking.

Finally, media measurement is another potential tool to have at your disposal.

9. Audio as well as visual – where’s the podcast?

I love podcasts, especially when I need a break from the screens – which we now spend most of our waking hours looking at. One study suggests that 85% of people listen to a podcast to the end and in this age of constant distraction and an ever-growing competition for space, they represent a significant opportunity.

Steel trade media have already picked up on this with S&P Global Platts and MetalMiner offering regular Podcast episodes.

10. Growing demand for companies to take a stand

2018 saw increased pressure upon companies and their CEOs to take a position on a broadening range of issues and this is only set to continue with the rise of Generation Z.

Nothing is more important than the safety and health of people working in our industry, and this lies behind worldsteel’s and all our members’ efforts on steelSafetyDay and throughout the year.

It was particularly great to see ArcelorMittal take a bold step with the release of their ‘We choose the safest way’ campaign which took a clear and firm position that safety is the top priority.

It’s an incredibly powerful piece of filmmaking that has resonated across worldsteel’s membership. The film is freely available and this has meant that many other steel companies have been able to use it within their own safety programmes.  — Andrew Purvis, Director, Safety, Health and Environment, worldsteel

As a result, the film’s impact has been truly global and it’s entirely deserving of all the accolades and awards it has received.

Climate Change is another key challenge to be addressed and steel has an important contribution to make.

What is your purpose?

Many steel companies not only invest in community and social responsibility programmes but make them a core part of their mission. Just one such example is offered by JSW Steel’s #BetterEverday philosophy and the work of the JSW Foundation – the JSW Group’s social development arm.

Steel industry companies will need to continue to do more and communicate better about their efforts and achievements in the years ahead. A first-rate example of a steel company providing regular updates on their activities can be found in POSCO’s newsroom.

No digital transformation without organisational renovation

In these fast-changing times, the steel community will need to constantly evolve its communications processes. I came across a timely reminder and note to end on via LinkedIn’s new ‘Content Suggestions’ company page feature that “if we want to pursue digital transformation, we inevitably have to think about organisational transformation”.

In future, how effective we are at reaching out and telling our story will reflect the extent to which our organisations are adapting to remain fit-for-purpose in a changing market. In the information economy, it’s important that communications are fully integrated into the business plan, and not an afterthought.

With a recent survey of over 600 mining and metals executives suggesting that a significant 37% of management have little knowledge of the digital landscape, there’s still much work to be done.

Let me know if you think I’ve missed something off the lookout list for 2019 in the comment section below. I hope it’s not too big a development!

Link to part one