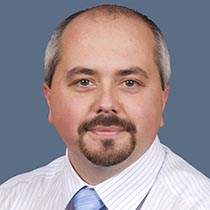 The January to November crude steel production statistics released by worldsteel on 20 December 2018 show that India has become the second largest steel producer in the world, overtaking Japan for the second month in a row, with a growth rate of 4.9%.

The growth in steel production is supported by fast-growing steel demand. According to worldsteel’s October Short Range Outlook, it is likely that India will also become #2 in steel use by the end of 2019 as its steel demand is expected to grow by 7.3%.

The Indian steel industry, after recovering from the twin shocks of demonetisation and the Goods and Services Tax (GST) reform, is one of the few bright spots for the world’s steel industry in what is forecasted to be a lower growth era.

What is driving India’s steel demand?

India’s apparent steel use per capita for finished steel products stood at 66.2 kg, way below the world average of 212.3 kg in 2017, which suggests that India has a huge unrealised potential for steel demand growth.

Recently, India has been trying to unleash this through an extensive reform agenda to clear institutional bottlenecks. Also, there is an ongoing push for infrastructure development.

These factors, along with the favourable demographics, are improving the macroeconomic fundamentals, which translate into sustained growth in steel use.

A worldsteel study of India, conducted in collaboration with the Indian Steel Association and the support of Indian member companies, identifies the construction sector as a pan-India steel demand driver on the back of strong infrastructure development and housing demand, especially affordable housing.

The outlook for India’s manufacturing sector, which has been lagging behind the service sector as a growth driver, should improve.

Firstly, the Make in India initiative, which aims to transform India into a global design and manufacturing hub, will support the further development of steel using sectors along the industrial and freight corridors.

Secondly, many states are expected to develop automotive and ancillary industries, to be a global auto hub for small cars with a focus on exports. Lastly, some states are also expected to strengthen their mechanical machinery sector.

All these factors point to a high potential for steel demand growth in India, but how fast the potential can be realised will depend upon whether India can successfully implement both its reform agenda and infrastructure plans.

Your opinion would be much appreciated.