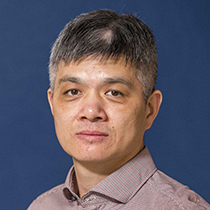 The year 2021 will most likely go down in history as marking the beginning of China’s decarbonisation era.

Following President Xi Jinping’s commitment in September 2020 that carbon emissions will peak by 2030 and carbon neutrality should be achieved by 2060, decarbonisation has become a top priority in Chinese society. As a consequence, from early 2021, an unprecedented number of actions towards decarbonisation were introduced by Chinese policymakers and industry.

A wave of decarbonisation measures

China’s central government is the core driver behind the wave of actions towards decarbonisation. On 24 October, the central government issued top-level working guidance on actions to be taken. Subsequently, at COP-26 in Glasgow, China submitted to the secretariat of the UNFCCC documents relating to its nationally determined contributions (NDCs) and its long-term emission control strategies.

Two days later, on 26 October, the State Council announced an action plan for carbon emissions peaking by 2030, which outlined specific goals for the energy and industrial sectors, including steel, construction, transportation and the circular economy.

Steel is one of the focal points of the government’s decarbonisation ambition. In addition to national policies, steel-specific measures were introduced in 2021. A detailed action plan dedicated to peaking carbon emissions in the steel industry is almost ready and is expected to be made publicly available shortly.

In 2021, the most straightforward measure the government took to restrict steel emissions was the cap on steel production, which sets up a mandate of no year-on-year increase in steel production compared to 2020. According to the NBS statistics, an immediate concrete result is that in 2021 China’s crude steel production declined by 31.9 Mt to 1032.8 Mt, marking the first year-on-year decline over the past six years.

To reduce domestic steel production further, the Ministry of Finance decided to restrict exports of steel products by removing tax rebates for exports of most steel products from 1 May. According to the announcement, tax rebates for cold-rolled sheets, colour-coated coils, hot-rolled coils, high-alloyed rebar, seamless pipes, stainless steel sheets, and plates will be completely eradicated, from its previous 13%. The duty for pig iron exports was lifted from 10% to 15%, and the export duty for steel scrap remains unchanged at 40%.

Maximisation of scrap use and circular economy

Chinese policymakers are very keen to maximise steel scrap to replace iron ore to reduce carbon emissions from the steel industry. In January 2021, the Ministry of Industry and Information Technology (MIIT) released guidance on the steel industry’s high-quality development, which sets a goal to increase domestic steel scrap supply to 300 Mt/a by 2025 from 260 Mt in 2020.

In July, the National Development and Reform Commission (NDRC) announced a plan for the development of the circular economy during the 14th five-year plan (2021-2025), which lifts the target for domestic steel scrap supply to 320 Mt/a by 2025 to increase scrap’s contribution to the total crude steel production to 30% from only 10% in 2020. China introduced a ban on steel scrap imports in July 2019, which was partially removed from January 2021. However, the actual steel scrap imports in 2021 were only 0.56 Mt for various reasons, which is much lower than the peak of 13.69 Mt in 2009.

As an industry association, the China Iron and Steel Association (CISA) is playing an active role in this decarbonisation programme. In April 2021, a new Low Carbon Steering Committee was created by CISA with 360 individual experts from Chinese steel producers, universities and research institutes. CISA has organised training sessions on carbon emissions and has set up relevant industry standards towards low-carbon emissions.

The Chinese steelmakers are also taking concrete actions on decarbonisation. In 2021 four leading Chinese steel companies, China Baowu Group, the world’s largest steelmaker, HBIS Group, Ansteel Group and Baotou Steel Group, have announced their roadmap for decarbonisation by 2050. HBIS Group has set up an ambitious target to peak its carbon emissions by 2022, and China Baowu Group announced to peak emissions by 2023. In November, China Baowu Group initiated the Global Alliance on Low-Carbon Metallurgy Innovation and the budget of the alliance is funding the first 25 R&D projects.

Despite the new regulatory framework and the many initiatives, there are still a number of challenges ahead for the decarbonisation of the Chinese steel industry. These include:

However, there is no doubt today that Chinese society is becoming increasingly aware of the need to cut emissions to reduce pollution in China. For the steel industry, a combination of regulations, increased scrap use, efficiency improvements and the development of breakthrough technologies should lead the way towards a low-carbon future.