Are China’s new flatpack steel skyscrapers simply castles in the air? Zhang Yue and China’s Broad Group are calling them “a revolution”

Deep in China’s interior, at the heart of the Hunan province, lies the city of Changsa. Looking at this quiet provincial capital, you could be forgiven for thinking that it would be unlikely for any futuristic innovation to come from its simple suburbs but, in 2015, a little-known Chinese construction group’s super-rapid build of a development called Mini Sky City was hailed as the sign of things to come.

As timelapse videos of the rapid-built skyscraper circled the web, Zhang Yue – the mastermind behind the project and the CEO of the construction group Broad Sustainable Building – was profiled by international media and praised for transforming China’s famously fast-paced growth into true technological and structural innovation. But does Broad have what it takes to capitalise on its innovative modular construction technique?

The construction of new cities in China has boomed over the last few decades, and China has seen a move away from the architects, technologies, and resources imported from the West, towards developments that are distinctly home-grown. 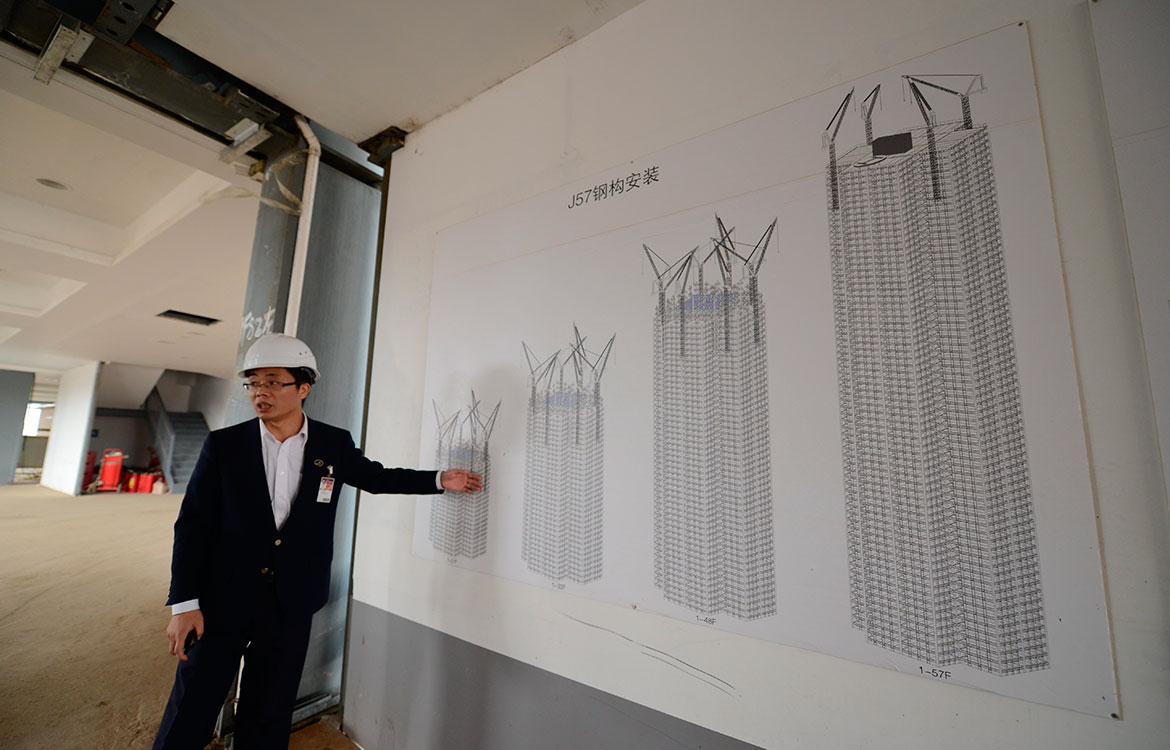 Broad, originally an air conditioner manufacturer, is responding to a range of issues: local pressures to drive down costs and to work rapidly, environmental problems, and the need to innovate cost-effective yet safe alternatives to what Chinese internet users have termed “tofu-dreg” buildings. These sub-par concrete structures are temporary and show signs of age after only a few years.

Chinese entrepreneurs have also been set a bigger problem: climate change. While Broad’s Mini Sky City has attracted high numbers of YouTube views due to the rapidity of its construction, this is no mere gimmick. The buildings are designed to keep out 99% of PM 2.5 particles (the pollutants which are the symbol of the environmental crisis in China), and are highly energy efficient.

But it is not this energy efficiency that originally drove Zhang Yue’s dream, nor was it the cost savings and rapid construction enabled by the flatpack technique. It was the collapse of thousands of buildings in the Sichuan earthquake in 2008, and the outcry for more safety, that began this construction revolution.

Following the Sichuan earthquake, it became clear to Zhang that the Chinese construction industry needed to use better materials. A team of scientists and technicians helped to develop the technique Broad has used ever since, the flatpack technique.

This means that Zhang’s buildings that are 90% prefabricated – a skyscraper version of the “kit homes” Sears Roebuck offered Americans in first half of the 20th century. Steel components are constructed offsite, and simply clicked into place, allowing for a flexible and rapid process that can be implemented anywhere. They are “a revolution in construction,” Zhang told us, “customised by clients by adding or removing features, changing the size, and so forth.”

Compared to the concrete structures that collapsed in Sichuan, the prefabricated steel buildings are far safer. Steel bends rather than breaks during a tremor, and Broad’s buildings were tested against earthquakes up to magnitude nine.

The unique economic and political conditions in contemporary China have pressured entrepreneurs into architectural innovations with precisely these features, and Broad’s innovative use of steel answers the challenge neatly.

Broad’s buildings aren’t architecturally innovative, but in an era where ordinary Chinese people crave safety and reliability above glitz, they might be just the trick. A few successful builds in Hunan could be the catalyst for Broad to expand overseas into Europe, the Middle East, or Africa – much as other Chinese developers like Dalian Wanda have done. Zhang told us that his company is revolutionary, but interestingly, he didn’t merely cite the technological revolution: the innovation here is social, too.

Yet even with innovative technology and a hungry market, Broad has met with only mixed success. The Mini Sky City has been constructed, but the marquee project, Sky City was initially delayed and is now set to recommence this year. The building remains, however, a beautiful and energy-efficient dream, and Zhang’s innovative technology is set to be a model for inexpensive and safe construction all around the world.

An experimental home in the Netherlands is providing powerful insights into the principles of sustainable design through the cold-formed steel frame that sits at its core.