Does a real-life version of Valyrian steel, popularised by the Game of Thrones series, have the potential to revolutionise automotive markets?

If you ask any Game of Thrones fan about a Valyrian steel sword, their eyes will likely mist over as they describe its exceptional sharpness, strength, lightness and distinct ripple patterns. Ask Professor John Verhoeven, a retired Iowa State University metallurgist, about the real-life equivalent – a Damascus steel sword – and you’ll receive the same, wistful response.

“The surface of a Damascus steel sword has this beautiful distinct, wavy pattern,” he says. “But if you are able to cut one up and study its microstructure under a microscope you will see layers of carbide particles that look like the Milky Way; tiny white dots all clustered together.”

Be it fact or fiction, Verhoeven and many fans of the epic fantasy drama are dazzled by these legendary weapons. But for Verhoeven, his enduring passion follows a life-long commitment to solving the mystery of the Damascus steel sword.

Manufactured between the 3rd and 17th centuries, Damascus blades were prized for being so sharp they could cut a silk scarf in half as it fell to the ground

Manufactured between the 3rd and 17th centuries, Damascus blades were prized for being so sharp they could cut a silk scarf in half as it fell to the ground. Yet, as Verhoeven points out, the last swords were made in the early 1800s and the formula for the steel soon died out.

Reports indicate that the swords were made by forging small cakes of ‘wootz’ steel, manufactured in India. Here, craftsmen would melt iron and carbon-containing materials, such as charcoal, in a sealed crucible. The cooled and hardened ingots were then shipped to Damascus, where smiths would heat and hammer them to form the blade with its deadly properties and characteristic pattern. 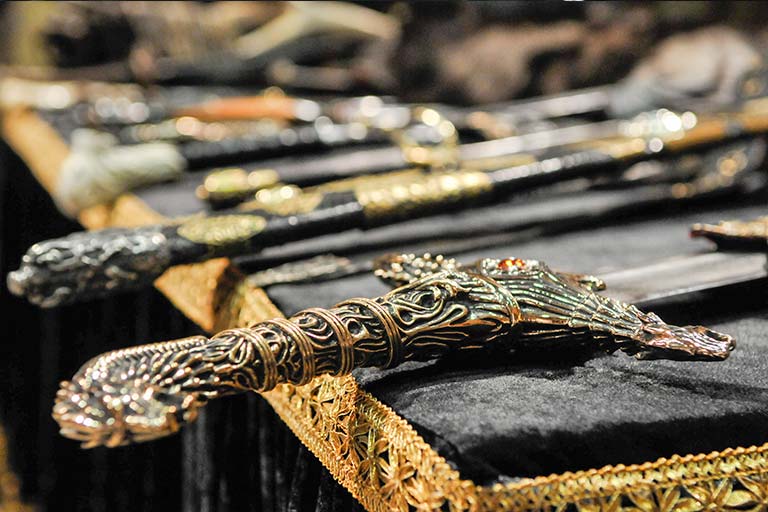 Verhoeven spent much of the 1980s formulating a method to replicate this process, with blacksmith Alfred Pendray. And come the 1990s, the pair were consistently making Damascus-like blades via a forging and cyclic heating process, and using a cast iron called Sorel.

“Al’s technique was similar to what we learned ancient people had used,” explains Verhoeven. “Still, I was unable to figure out what was going on right away, until 1996, when I realised this steel contained impurities of vanadium.” Indeed, as the metallurgist highlights, impurities, such as vanadium, promote the alignment of carbides during ingot forging, leading to the banding patterns.

Yet despite success, Verhoeven’s method never made it out of the blacksmith’s forge. According to the metallurgist, their process was labour- and energy-intensive, and, as he adds: “It’s just way too expensive to be commercialised.”

But Verhoeven has hardly been alone in his hot pursuit of the Damascus steel sword. In the early 1980s, Professors Jeffrey Wadsworth and Oleg Sherby from Stanford University were developing ultra-high carbon, super malleable steels with great strength, ductility and toughness.

The pair manufactured ring components and bevel gears from their ultra-high carbon steel, and were convinced the material held great potential in structural applications, including ultra-high strength sheet materials for automotive applications.

Around this time, the researchers also realised their material compositions coincided with that of Damascus steel swords. Given this, they went on to hone the ‘Wadsworth-Sherby’ method which reproduced super malleable steels with coarser and aggregated iron carbides to produce the distinct banding.

Their results hit the headlines, and they reckoned they had shown that ancient Damascus steel swords could have exhibited super malleable properties. But, again, commercialisation faltered.

As Wadsworth, now president of US-based research organisation, Battelle, says: “Commercialisation of our ring components was intended by Sulzer Brothers of Switzerland, but the project was abandoned.

“We gave it hell of a shot and did everything we could, but we got caught up in scaling up costs,” he adds. 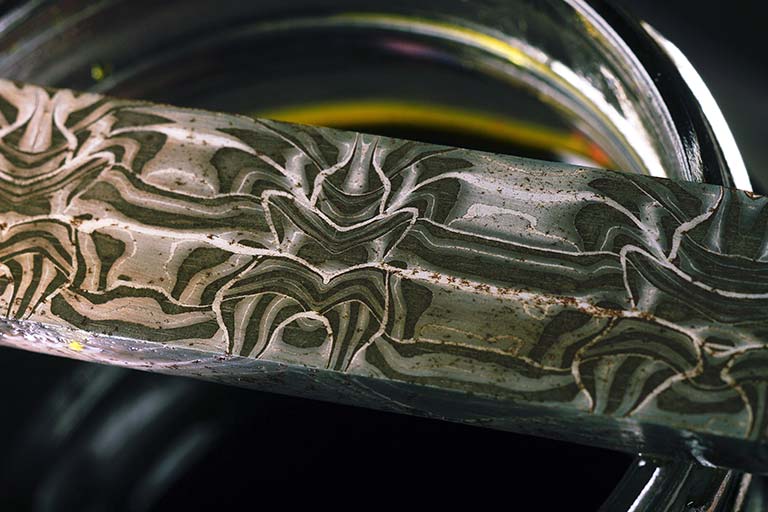 A new phase of development

So, does the failure of past commercialisation attempts leave wootz steel and Damascus-like components firmly on the historical shelf? Given ongoing interest, perhaps not yet.

In the last few years, China-based researchers from the Central Iron & Steel Research Institute in Beijing, have used metallurgical computational software to analyse Damascus blade data and proposed mechanisms for the breathtaking bands.

Meanwhile, researchers from Technische Universität Dresden, Germany, have used transmission electron microscopy to pinpoint carbon nanotubes in a genuine Damascus sabre, that they believe could also be linked to the banding.

Researchers at Mälardalen University, Sweden, have produced several knife blades while Damasteel, Sweden, produces ‘Damascus patterned steel’, for knife manufacture. And archeometallurgists from The Wallace Collection, UK, are using neutron diffraction analysis (a non-destructive scanning method that has high penetration into materials) to determine how several ancient blades were made.

For his part, Wadsworth is optimistic that, in time, the world will use Damascus-like steel for more than just the replication of ancient steel blades. “It would be interesting to compare the properties of modern steels going into cars with those of ultra-high carbon steel and see if weight savings can be gained through the superior strength of these steels,” he says.