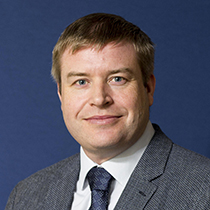 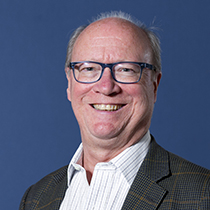 Our industry’s history in many ways reflects the societies in which we operate, and since the industrial revolution, iron and steel production has been powered by coal.

This is now changing, and the steel industry, like the rest of society, is transforming to provide products and services in a future in which the emission of carbon dioxide and other greenhouse gases is severely curtailed.

The language associated with this shift is still developing, and consequently, a wide variety of expressions are being used by different stakeholders.

These expressions are often used interchangeably but can sometimes mean hugely different things. What are we to make of the increasingly varied use of the expression green steel? To some, it is simply a marketing term with no definition or boundary.

At the other extreme, some believe it is a term needing certification covering the breadth of the whole realm of sustainability.

At worldsteel, we are putting in place some definitions that will provide clarity on what we mean when we talk about these topics.

Our industry and our members are working to develop and launch a new family of steel products, produced with a much lower carbon burden than in the past.

This low-carbon steel is manufactured using technologies and practices that result in the emission of significantly lower emissions than conventional production.

In 2021 most steel is produced using fossil fuel-based reductants; however, many steelmakers have implemented, or are developing, technologies that significantly reduce emissions from the core steelmaking process. Examples include:

Many other expressions are used within our industry and by stakeholders to refer to steel produced using these next-generation production technologies.

worldsteel prefers and uses low-carbon steel as, like ‘low-carbon electricity’, we feel it is intuitively easier to understand and its meaning is clear.

Green steel is being used and interpreted by many different parties to mean different things, often in the context of marketing new more environmentally conscious products. It has been used to refer to steel manufactured using breakthrough technology, steel produced from scrap, reused and remanufactured steel, and conventional steel with emissions offset through the retirement of carbon units or allowances. Given this inherent lack of clarity and diversity of meanings ‘green steel’ is not an expression worldsteel uses.

To be truly zero-carbon, steel would need to be produced without any CO2 emissions at all. This is a very high bar to reach, and it is difficult to conceive of a production technology that could achieve this in 2021.

Many may be moving towards this, but zero is absolute, and probably unachievable without the use of offsets for residual carbon emissions. These residual emissions may arise in the supply chain, from the use of carbon-bearing electrodes or the use of natural gas in associated processes.

Ultimately steel needs to contain some carbon, as this is what differentiates it from pure iron. While this essential alloying carbon can be sourced from non-fossil sources, its presence makes ‘zero-carbon’ steel something of a misnomer.

If, however, a balance can be achieved between the greenhouse gases put into the atmosphere when producing steel and emissions taken out of the atmosphere by sinks, the resulting steel can be referred to as net-zero, or carbon-neutral steel.

The production of net-zero steel may require offsets in other sectors to achieve true neutrality, and it is important that if claims of carbon neutrality are made producers are transparent about boundaries, their accounting methodologies, and the quality and credibility of any offsets used.

All fossil-free steel will be low-carbon, but not all low-carbon steel can be described as fossil-free. For example, low-carbon steel produced in a facility employing carbon capture and storage (CCS) may well still use natural gas or coal, but prevent the emission of CO2 to atmosphere. If biomass plays a role, it will be important to ensure it is responsibly sourced[1].

Clean steel is a technical expression used in the steel sector to refer to steels containing low levels of impurities, oxides, inclusions, or low or ultra-low level of carbon dissolved in the metal. The phrase is in common use, including by worldsteel in our 2004 ‘Study on Clean Steel’, and means something specific. As such worldsteel does not refer to “clean steel” in the context of climate change.

Carbon-free is also a difficult expression to relate to steel, after all, steel without carbon is iron, and the carbon content of steel is precisely controlled to achieve the properties demanded in a specific batch.  Carbon will need to be added to hydrogen reduced iron in order to turn it into steel through the refining process

The climate change conversation is often conducted in terms of the need to decarbonise society.  worldsteel does not generally use this expression to refer to steel production, as it is the emissions from steel production that need to be free of GHGs/CO2, not the process itself.

Many promising breakthrough technologies will still use carbon as a chemical reducing agent but prevent harmful GHGs from being released into the atmosphere. So, while the emissions from our industry will ultimately be decarbonised, the ironmaking process itself may not be.

Breakthrough technology produces low-carbon steel in a radically different way to the conventional blast furnace, DRI or EAF technology. Examples of breakthrough technology being developed include hydrogen reduction, the application of CCS, the electrolysis of iron ore, a suite of carbon capture usage and storage (CCUS) technologies and new smelting reduction processes.

Hydrogen is a key vector that will allow GHG emissions from the iron and steel sector to be significantly reduced, and many of worldsteel’s members are exploring this technology option. Hydrogen is often attributed a colour, depending on its low-carbon credentials.

When worldsteel talks about low carbon hydrogen, we mean:

Fossil hydrogen is made from unabated fossil fuels, chiefly:

step up is worldsteel’s 4-stage efficiency review process. step up aims to improve the efficiency of steel production now, to support our members in operating their sites at a level of performance commensurate with the world’s most efficient sites. step up is a transitional programme and should not be seen as providing a solution to the steel industry’s climate change challenges.

[1] A number of schemes exist to certify responsible biomass, for example, the Forestry Stewardship Council 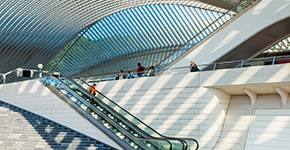 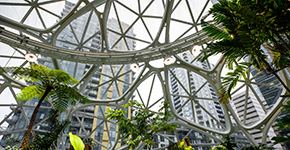 Our members are taking the lead and developing a number of technologies to tackle climate change.