Car brands including Chevrolet, Kia and Volkswagen are using advanced high-strength steel (AHSS) for some of their models as part of their ongoing drive to build lighter vehicles that are more fuel efficient without compromising on safety.

As well as combining strength with the environmental benefits of weight reduction, the thinner sheets of AHSS are extremely versatile, enabling automotive designers to achieve curvy and aerodynamic shapes. Other advantages include ease of spot welding repairs, and 100% recyclability. 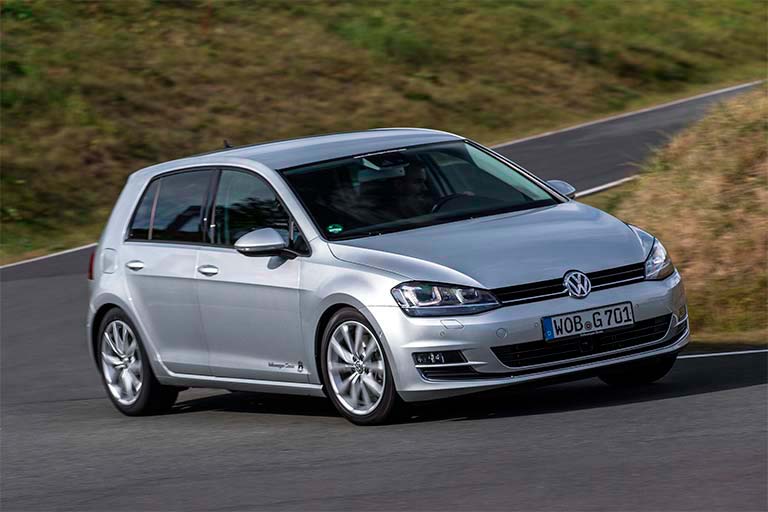 According to market research company Lucintel, an AHSS chassis can be 15% lighter on average than conventional steel. Although it costs up to 35% more to produce than traditional automotive steel, the aluminium alternative might cost twice as much, while carbon fibre reinforced polymer (CFRP) could be eight times as expensive. What’s more, while there are increased cost implications to producing AHSS, automakers are ultimately able to use less of it – making it competitive when compared to conventional steel.

AHSS’s environmental performance also sets it apart from other materials, as its primary production process generates between 7-20 times less carbon dioxide than aluminium, magnesium and CFRP.

Most steel companies are now investing heavily in AHSS, with ArcelorMittal developing its new family of third generation advanced high-strength steel – known as HF1050, with HF standing for highly formable. Its versatility factor comes with weight savings of between 10% and 20% in vehicle parts.

When Volkswagen included advanced high-strength steel in its seventh generation Golf, it reduced the Golf’s fuel consumption and CO2 emissions by around 23%.

The new 3rd Gen AHSS does not require car parts manufacturers to make significant changes to their production lines aside from some minor modifications to spot welding parameters, and with less steel required this implementation cost can be almost zero.

US company NanoSteel claims another cost-saving benefit for its next-gen AHSS, known as NXG1200: as well as maintaining its tensile strength after 40% elongation, it can be stamped and formed into new parts at room temperature, without the need for additional investment in infrastructure.

General Motors subsidiary Chevrolet uses AHSS for its 2016 Chevrolet Malibu to allow a four-inch wheelbase stretch while cutting 300 pounds of weight compared to the 2015 model.

The 2016 Hyundai Tucson and the 2016 Kia Optima both use significantly more AHSS than the models they replace, and the 2016 Nissan Maxima has even dropped 82 pounds with greater torsional rigidity using high-strength steels.

When Volkswagen included AHSS in its seventh generation Golf, it reduced the Golf’s fuel consumption and CO2 emissions by around 23%.

AHSS has won the price war with its competitor materials and, by closing the weight gap, it is winning automotive customers who are keen to achieve a lower carbon footprint. When this is combined with steel’s strength and formability, it constitutes a formidable force, attracting carmakers and car owners preoccupied with safety and style.

Able to carry loads of 450 tonnes, the BelAZ 75710 is the biggest dump truck on the planet and is built on advanced high-strength steel (AHSS)

Future mobility solutions will have steel at their heart

As the world’s mobility systems undergo profound changes, providers will continue to be reliant on steel to help overcome a number of key challenges