When it comes to containers, more load with less drag means lower fuel consumption and a reduced CO2 footprint. Swedish steel company SSAB has produced the steel for a range of roll-on containers that deliver just that.

The new containers have been produced with Hardox 450 rather than 355 MPa standard steel. By exploiting several key properties of Hardox, SSAB could reduce container weight and increase load to 2,100kg across a vehicle carrying three containers.

The result is a lighter, smooth-sided container with lower fuel consumption and less wind drag, which all adds up to CO2 savings.

The upgraded Hardox containers have a simpler design concept than containers that use standard steel. This has allowed for greater focus on a few key details, says Aaron Middleton, Technical Development Manager (UK and Ireland) at SSAB. 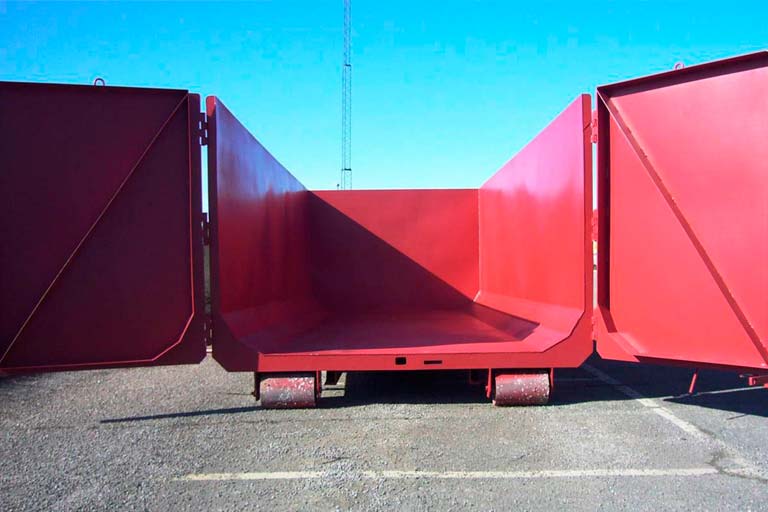 “Properties such as a high resilience, which is inherently linked to the higher yield point, enables the designer to confidently remove stiffeners in the floor and sidewalls,” says Middleton.

The removal of the stiffeners not only reduces wind drag, it also gives the containers free length and reduced thickness. The resulting weight reduction potential is typically within 20-50% depending on the container type and its intended use, says Middleton.

Another beneficial property of Hardox 450 is its formability. “This enables the toprail to be formed in one piece, which improves the structural integrity. The sidewalls can then include formed ridges, which further contribute to the sidewall stiffness,” explains Middleton.

The reduced thickness of a Hardox container means that design teams could produce a lighter container that consumes less fuel and has a lower CO2 footprint. 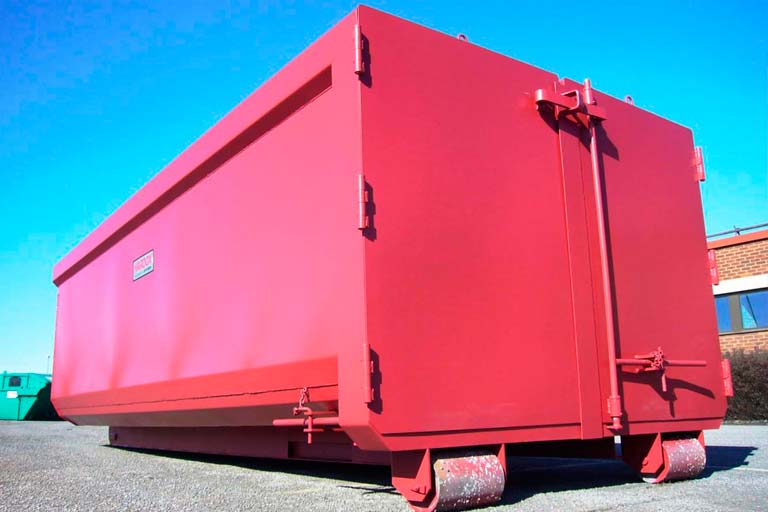 According to Middleton, these improvements use less steel in production, providing a further CO2 saving, and lower costs. “A secondary result of this simpler design is a reduced [carbon] footprint in production costs, such as a reduced total welding length and cutting length per container,” he says.

The upgraded containers have other desirable benefits. They have a high lifetime performance of 12 years and they are smooth-sided.

Meanwhile, the ability of Hardox to deflect and absorb a greater impact force means that the sidewalls of the container will be more likely to stay smooth and dent-free.

By exploiting the key properties of Hardox, SSAB believes its steel can help produce containers that will not only reduce fuel consumption and CO2 footprint, but ones that will also look good for longer.