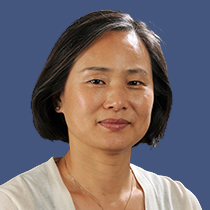 One of worldsteel’s aims is to act as the focal point for the steel industry providing global leadership on all major strategic issues impacting the industry. Within this context, understanding megatrends is a crucial area of our work. This is leading us to look very carefully at the implications for the steel industry of the circular economy.

While the concept of circular economy itself has been around for some time and already sounds familiar to most of us, there have been renewed initiatives to accelerate the transition toward a circular economy such as those promoted by the Ellen MacArthur Foundation and the EU manifesto for a resource-efficient Europe (December 2012).

Borrowing from Ellen MacArthur Foundation’s publication (“Towards the circular economy”, 2013), The term ‘circular economy’ denotes an industrial system that is restorative or regenerative by intention and design. In a circular economy, products are designed for ease of reuse, disassembly and refurbishment, or recycling. The circular economy will prompt decoupling of economic growth and materials inputs.

What does this mean for the use of steel in our main steel using sectors?

Let’s start with a few examples. If construction beams from an existing building can be reused in new building projects, this will reduce demand for newly produced steel beams. For reuse practices to be more commonly implemented, ‘circular design’ intended for reuse of construction materials and supporting logistics systems will be required. This is a trend the avant-garde construction sector is already focusing on.

In manufacturing, there are already quite a few well-established business cases of remanufacturing. WABCO and Renault in the automotive and Caterpillar in the machinery sectors provide good examples. Another example that stands out is Maersk, world’s largest shipping company, which can reuse 95% of the materials from their triple-E ships through a material passporting system. In the consumer products sector, remanufacturing faces more challenges because of the complexity and range of products, variation in design/disassembly properties, and associated cost-benefits. While there is a huge potential for remanufacturing, currently it is estimated that remanufactured products account for a mere 2% of total manufacturing output in Europe.

Digitalisation is also expected to support the transition to a circular economy. Big data, for example, can improve traceability of materials, and in turn has the potential to manage the whole life cycle of a product.

Regulation will be a key factor?

It is in this context that worldsteel has decided to hold a conference on “The circular economy’s impact on the steel industry” on 10 September 2018 in Brussels to increase the industry’s awareness of circular economy thinking.

As this conference is exclusively intended for steel industry member companies along with some invited members of the media, we plan to produce a sequel to this blog summarising the main topics discussed.

So, expect more from us on this subject in the coming weeks.

Eldar Askerov, our Head of Strategic Studies discusses the findings of a report carried out by Oxford Economics for worldsteel on the economic impact of the steel industry at a global level.

Blog – SRO: Why our forecasts were right

Blog – The circular economy: implications for the steel industry